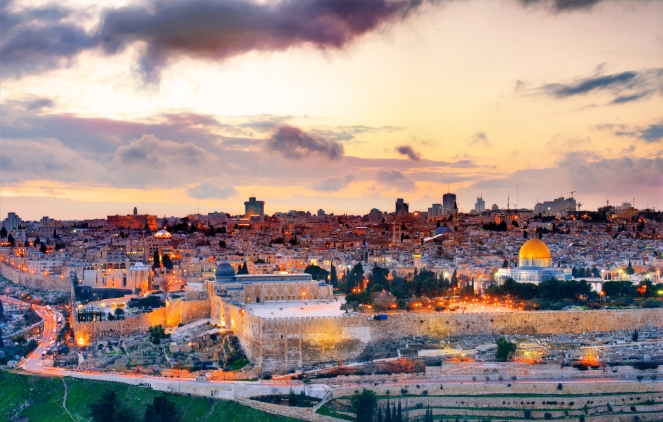 In the long-running Israel-Palestinian conflict, the status of Jerusalem has been the most difficult issue in the search for a resolve. Jerusalem, the holy city to three religions, is the seat of the Israeli government and is considered by Israelis as their eternal, undivided capital. However, no foreign embassies are located in Jerusalem. President Trump has taken the advice of many to establish the U.S. Embassy in Jerusalem. It is a contentious, high-risk step, leading many world leaders to ask why is it in America’s interest to do so?

First, it is the will of the American people. The 1995 Jerusalem Embassy Act has been sustained in both Houses of Congress over a long period of time. The legislation calls on the U.S. Administration to recognize Jerusalem as Israel’s capital and to relocate the Embassy there. The majority of lawmakers, representing the majority of Americans, have decided that it is in America’s interest to have the Embassy there. However, the law allows for the move to be waived if the President deems it harmful to US national interests. Since the law passed in 1995, every US President has signed the waiver every six months delaying the move for another 6 months citing “national security interests.”

Second, Israel is considered, by U.S. military and lawmakers, our most important ally in the Middle East. We have permanent interests in seeking, not only to protect Israel, but to strengthen Israel as much as possible. Israel’s strategic location and strong military presence protects both American and Israeli interests by keeping radical regimes from enacting catastrophic harm in the world. And, that is just for starters. The growing Arab demands concerning Israel’s geopolitical presence is becoming more radical, triggering more pressure and terror. Our national security posture of deterrence is of high importance in the U.S. collaboration. For President Trump not to multiply U.S. support to Israel in significant ways at this stage will not send the message of peacemaking but of retreat, empowering more radical pressure from the Arabs and less conciliation.

Moving the US Embassy to Jerusalem signifies that the United States stands by Israel in contrast to the new UN Resolution 2334, adopted on December 23, 2016, which implies Israel is in violation of international law by living in Judea, Samaria and in the Old City of Jerusalem. A U.S. Embassy move to Jerusalem would strengthen our best ally and would clarify our stance in the world body: Jerusalem is the capital of the Jewish, Democratic State and Israeli citizens belong in Jerusalem.